skip to main | skip to sidebar

Sorry for missing last week's playlist--I was not pleased with how the show turned out at all, so I don't really want to bother posting it. Here's this weeks show, which I think turned out much better.

I wanted to get to the new My Disco album, but ran out of time. Sorry--will definitely be spinning that one next week.

Pardon the self-promotion here, but I finished my own album in December. 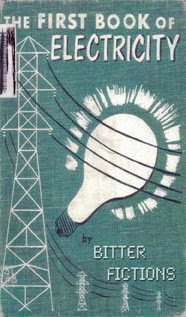 I've released it digitally here, and also on cassette. If you want your hands on the tape, shoot me an e-mail (freezeyx at hotmail dot com), or if you're in Calgary, head over to Sloth Records, where I'm keeping a few stocked. They're $5+s&h (or $6 at Sloth, $7 at Hotwax), and hand-numbered/ltd to 60.

I'd been working sporadically on a bunch of home recordings over the past year, and I just finally (I say finally because I originally thought I'd be done in August, but then school came up) finished to a point I'm happy with.

There are nine songs, split roughly down the middle between noise/ambient drone, and noisy indie rock. Four songs have vocals, and everything except "On Film" and "Silver Medal" was recorded over 2010, mostly throughout the summer with a few additions here and there. "On Film", "Downed", and "Silver Medal" were recorded in the Spring of 2009.


(I recommend starting with "Slip Away" or "In Absence", if you're the impatient type.)
Posted by Devin at 1:53 AM No comments:

Devin
I'm a freelance writer, mostly working within the realms of music and film criticism. My writing is regularly featured in print with Calgary's FFWD Weekly, and online with Tiny Mix Tapes. I've also been published in both the Alberta and BC editions of BeatRoute, as well as with Toronto's Texture Magazine.
--
I hosted a weekly noise-rock radio show called Each One Teach One for nearly four years on CJSW 90.9 FM in Calgary, Alberta.
--
I'm also a record store clerk at Sloth Records.
--
Bitter Fictions is my musical project.
--
d.friesen at hotmail dot com

what the public thinks of Each One Teach One...

"one time I heard it and thought it was Stan's show. it was good."

More music recommendations and other stuff...